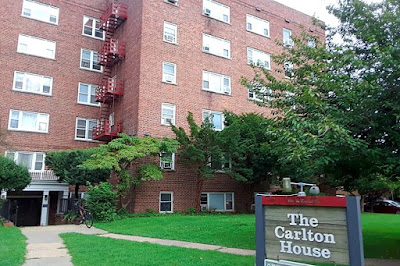 The U.S. Justice Department recently filed--and the United States District Court fo the District of New Jersey has approved consent decree for a settlement with Joseph Centanni where he will pay $4.5 Million dollars in fines and payments to victims who allege that he threatened them with eviction if they would not perform oral sex acts on him. The Department of Justice stated that this represents the single largest monetary settlement in the department’s history for this type of claim. Centanni is also facing a 35-count indictment, according to the Union County Prosecutors Office.

Alleged victims of Centanni would have a window of 180 days to notify the Department of Justice of their intention to make a claim. The department will then have 120 days to investigate the claim. Centanni’s legal team will then have 21 days to review and refute any of the claims submitted. Of the $4.5 Million dollars that Centanni is agreeing to pay under the settlement, $4,392,950 will be available to compensate victims. $107,050 will be paid directly to the United States Treasury as a penalty for statutory violations. For his part, Centanni has denied any wrongdoing and please not guilty to the criminal charges.

The consent decree states that Centanni would prey upon renters who had fallen behind in their rent. Other civil cases filed against Centanni allege similar patterns of behavior. In sum, Centanni would sexually assault tenants and prospective renters by summoning them to his office at 237 W. Jersey Street in Elizabeth where he would assault them there or in his boiler room. Centanni would also sometimes bring victims to a furnished apartment he maintained at another property he owned at 239 W. Jersey Street in Elizabeth. Centanni is also accused of using his position and sexual coercion to refuse rental apartments to individuals who would not satisfy his sexual demands. As alleged, the breadth of Centanni’s pattern of sexually assaulting financially vulnerable individuals is sickening to its core and represents one of the worst, most pervasive cases of sexual assault I have ever had the displeasure of investigating.

I am humbled by the opportunity to represent victims who had their lives ruined by Joseph Centanni and help them obtain justice for the awful harms this man perpetrated against honest and hard-working people. However, holding Centanni accountable for his horrific actions is not without its challenges. Many of Centanni’s victims may be afraid to come forward because of fear of embarrassment; shame; not being believed; reopening old wounds; reliving old trauma; being subjected to ridicule and more. This is why the courts, United States Attorneys and myself are implementing strict measures to maintain and respect the privacy of victims to the greatest extent possible.

If you or someone you know believes that they may have been victimized by Joseph Centanni then you can reach out to me for a confidential meeting where I would be happy to provide completely free legal advice regarding legal recourse and options.